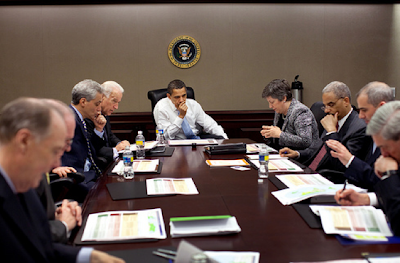 I've been getting Obama's Tweets for quite awhile, and of course his team emails on a very regular basis, but I didn't know until today that the White House has an "official" photostream on Flickr. Pretty cool stuff. Sure, it's filtered, but it's a backstage, behind-the-scenes look at images that there's no room for on tightly managed news sites.

Obama had a Flickr stream during the campaign, too, and I admit that although I had made him a contact, the campaign photos were not as compelling as seeing him at work in the White House.

Yes, there's a bit of "gee whiz" going on on my part. And maybe there's a "so what?" factor out there, too. But I like the access that's being granted here.
Posted by John Curley