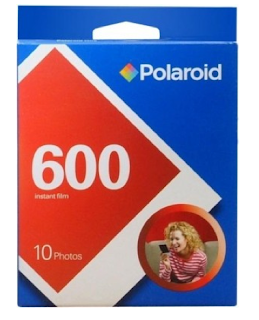 The sad day we all knew was coming has arrived.

A photo supplies wholesaler in New Jersey says it has received the last shipment of Polaroid film ever made. The shipment arrived Monday. And that's that.

You can still buy Polaroid 600 and Spectra films, at least, as they say, until supplies last. From the company's website:

Polaroid, founded in 1937 by Edward H. Land, was most famous for its instant film cameras, which reached the consumer market in 1948 and continued to be the company’s flagship product until its decision last year to cease all production in favor of digital photography products. Unique Photo is the largest film supplier in the United States and has enjoyed its 62 year relationship with the Polaroid Corporation and looks forward to helping it's loyal customers moving forward with their instant photographic needs.

The firm's website is here. Order what you can while you can. The prices are getting ridiculous on eBay.

And you can keep your fingers crossed for The Impossible Project.

via PhotographyBlog
Posted by John Curley