The bust and the boom {local} 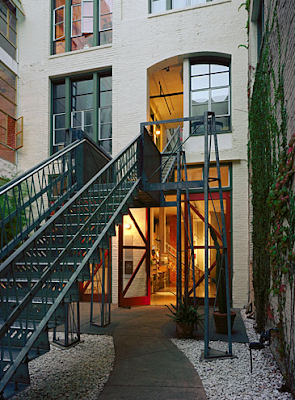 (photo by Brian Rose)
Brian Rose did a book that documented the dotcom boom in San Francisco and Silicon Valley, as seen through the effects on the architecture of the region. It's "California Dreamin' ... House + Home + Housing" and it gets right at the explosion of creativity and innovation of the time.
There are lofts and planned villages set around transportation hubs, and the sprouts of a new urbanism in some of the grittiest neighborhoods of the city.

Despite the scruffiness of the area, the side streets near the Knox are lined with live/work lofts. There are outstanding examples of modern architecture sprinkled throughout South of Market, but it's the wild diversity of the place that creates vitality. The humblest of sheds, the parking lots and gas stations, all are intrinsic to the edgy urban character of the area. Even upscale corporate housing like the Avalon Towers stands next to--perhaps a bit aloofly--its funky neighbors.

Look at the skyline of San Francisco today, with Rincon One rising over everything and a mini megopolis rising on the southern waterfront. Yes, the recession has put hundreds of projects on hold or scuttled them entirely, but there's movement and change and growth happening in spite of it. Where there were rotting piers, 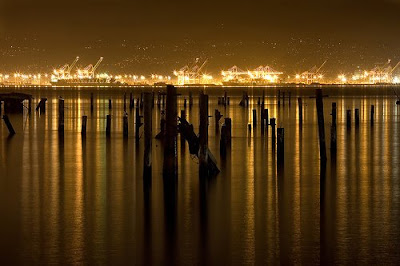 (photo by john curley)
now there's a new part of the city rising, fueled by the billions of dollars the state is spending on stem cell research. You have to think that it's time for another look.
Posted by John Curley