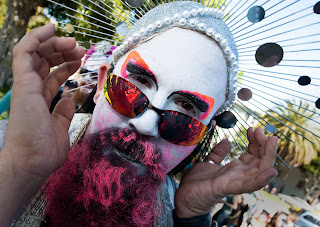 Are there Easter celebrations like this anywhere other than San Francisco?

Thirty years ago, three bored friends decided to spice up Easter by dressing up in religious clothing. On Sunday, several thousand people crowded Dolores Park to keep the tradition going strong. They were dressed as nuns and bunnies and lots of other things. They sprawled on the grass and listened to bands and voted with their applause in the "Hunky Jesus" contest.

It all happens because of the Sisters of Perpetual Indulgence. They once awarded me one of their Plenary Indulgences. I was the sports editor of the San Francisco Chronicle at the time, and the Cal football team was trying to decide whether to participate in a bowl game in Arizona. The state's voters had rejected a proposition that would have created a state holiday in memory of Martin Luther King Jr. I didn't think the team should go. The sisters thought I was right, and they sent along one of their "indulgences" as a sign of solidarity.

I was raised Catholic, and I knew what a plenary indulgence was: It let you out of the punishment associated with a forgiven sin. It didn't forgive sins, or give you license to commit new ones, but it might spare you years in Purgatory burning off the penalty for the sin. (And if any of you theological scholars wish to dispute my interpretation, by all means weigh in.)

Anyway, getting that indulgence was one of the highlights of my tenure in the sports job. In what other city would cross-dressing nuns take a stance about a football team's postseason travel plans?

The sisters do lots of good things besides making Easter in San Francisco colorful and extravagant and fun. They fight the good fights for social justice and equal rights. They raise about $100,000 a year for charitable purposes. And they're beautiful.

There is a nice history of the sisters over here. 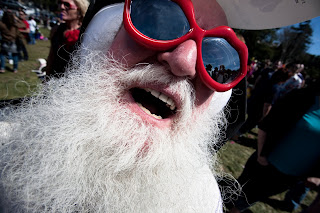 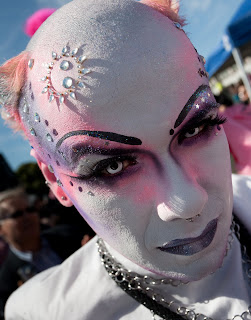 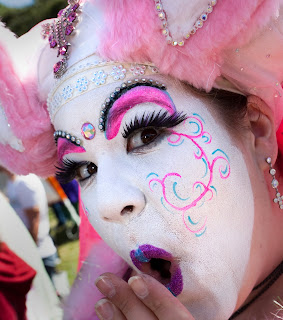 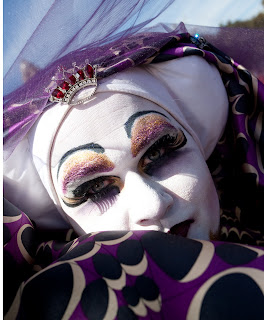 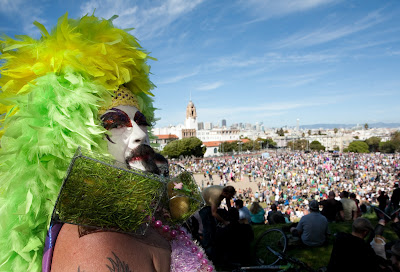