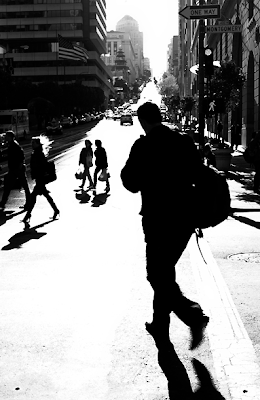 I succumbed to the lure of digital photography about five years ago. To that point, I was a film snob. Digital was silly, inconsequential and low-quality. (So much has changed in the quality part.) ... I looked down my nose at people who were all about the quick and easy of digital.

Then one day in the darkroom at the San Francisco Photography Center, where I would spend hour after weekend hour making prints, I had a casual conversation with someone who said, "Oh yeah, I've been posting a picture from my life pretty much every day for the past two years."

What? The same day? A picture produced and posted the same day, every day? Just like that? I went to the site, went through the archives, and that was that. I was in. The next day bought my first digital camera, a Canon Elph.

Then came the love affair with Flickr, which at least in the early years seemed more like a place for photoblogs than the gallery/exhibit vibe that it has now. And then came all the independent photoblogs, from everywhere, about everything. As you know, some are good. And some are ... really not so good. Just because you have the technical ability to give people an insight into your daily life doesn't mean that it's interesting. (For more examples, see Twitter.)

Anyway, when you DO come across a really good photoblog, and it's about the town you live in, well, it's worth talking about. Manuel Guerzoni is a really good photoblogger. His style isn't easily described. He's does street documentary, excellent portraits, even a moody landscape now and then. But his photoblog is full of personality and insight, with a quirky sensibility, and that's really what you're looking for: Someone who sees the ordinary in an extraordinary way. Good stuff. 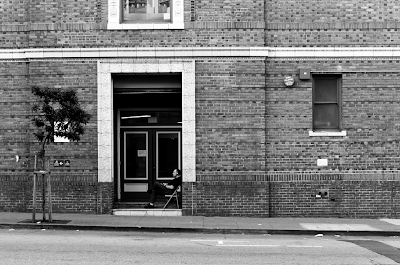