How to know that it's time to give up photography 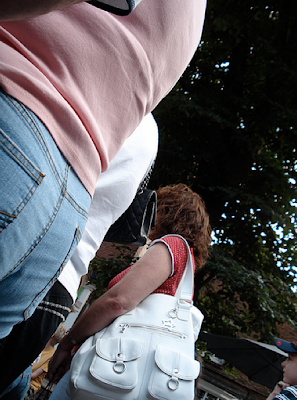 (Photo by Chris Hester)
You've had the nagging feelings, right? The money just isn't rolling in the way you thought it would. The contest awards aren't piling up. And, funny, you haven't been sent to Vancouver to explore the Olympics in your signature style.

So is it time to put down the camera and fill out an application at Starbucks?

Peter Phun, a longtime shooter at the Riverside Press-Enterprise who now writes a very helpful photo blog, has made a list of 25 things that might indicate that it's time to give up the dream and put on a tie.

The rest of the list is over here. (Link via Black Star Rising )

And also, if you're looking for more help trying to figure out if you're any good, maybe take a look at Chris Hester's very funny set of Bad Photography over on Flickr. If your shots look like his, umm ... yeah. Not so good. (That's his shot above.)
Posted by John Curley